Patent Pending The system that enables to transform a crestal or subcrestal implant into a transmucosal implant. Modularity to preserve tissues.

The GFA system is a prosthetic system for GTB dental implants that conceptually allows for transforming a submerged implant, both crestal and subcrestal, into a transmucosal implant. The GFA main part should no longer be removed during prosthetic rehabilitation (if need be, it is nonetheless possible to remove it easily). It can be used both as a healing abutment and as a new prosthetic platform for secondary prosthetic components. This prevents the formation of a deep epithelial attachment around the healing screw and consequently around the prosthetic abutment.
How does this happen? The implant’s connection is duplicated and positioned at the same level as the prosthetic platform of the GFA main component. Thus, it is possible to choose to raise to the coronal position the same connection that is available at the implant’s prosthetic platform level, bringing the implant-abutment connection to the tissue level, making future prosthetic procedures easier.

The GFA system is made up of two components:

Once you have chosen the gingival height according to the available biologic width, it is possible to place the main GFA component and leave it in position during all successive prosthetic steps. It is thus possible to avoid the formation of a deep epithelial attachment, the resulting risk due to the formation of a peri-implant pocket that can be caused by the repeated positioning and subsequent removal of healing and prosthetic components and the risk of a bacterial colonization of the mucosal channel during the removal of any prosthetic component.

Today, the GTB+GFA modular system is the best biomechanical solution for a dental implant system: 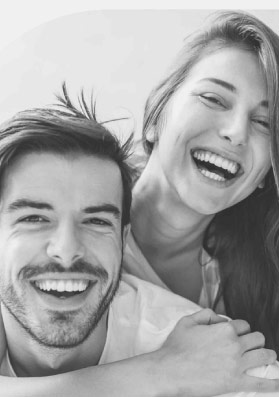